Any nation's flag is, in essence, an heraldic device similar to an individual's coat of arms. Its elements might symbolize historical achievements and/or they might stand for certain attributes to which the nation's citizens are encouraged to aspire. Like a coat of arms, a nation's flag might tell a story about the nation it signifies. It does this by representing historical achievements, an example of which would be the uniting of multiple separate entities into one. The union of England and Scotland in 1707 occasioned the combination of Scotland’s Saltire, or St. Andrews Cross, and England’s St. George’s Cross into Great Britain’s Union Jack. Attributes to which the nation’s citizens are encouraged to aspire might include concepts such as honor, valor and strength. 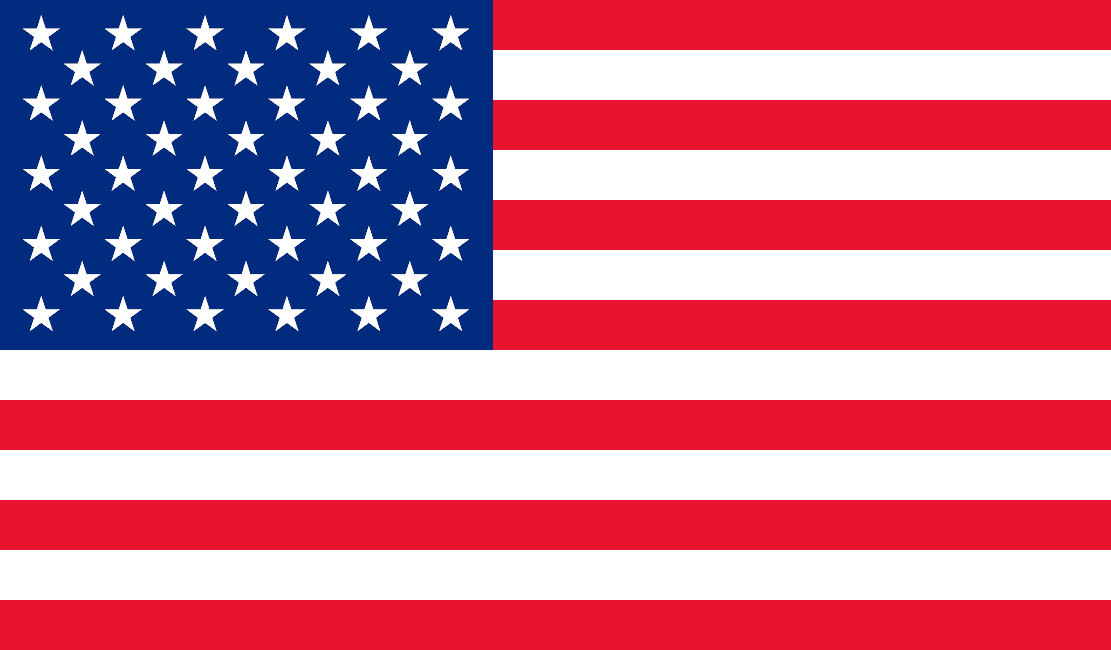 Proper way to display flag horizontally ~ from audience point of view,
the blue union of stars is to be in left, top corner

Many, if not all, national flags consist of elements intended to communicate some sort of symbolic meaning in and of themselves. Flag historians (i.e. vexillologists) often claim that there are no inherent meanings, no heraldic symbolism per se, in the choice of colors for the flag of the United States of America. The flag of the United States of America essentially derived its colors from its predecessor, the British Union Jack: red, white and blue. And so, even if the colors of the U.S. flag were chosen simply because they were popular with people who already identified with the British flag’s colors, the colors of that British flag emerged from a strong heraldic tradition. In terms of symbolic meaning, the color white stands for traits such as purity, reverence, peace and humility. The color red stands for energy, strength and power. The color blue stands for harmony, unity and security. Over the years, romantics have assigned additional meanings to the colors of the U.S. flag. The thirteen alternating red and white stripes of the field symbolize the thirteen original colonies with alternating colors of red to represent courage and white to represent liberty. The blue of the canton filled with stars represents the concept of a new constellation, a new nation, produced through a combination of bloodshed and diplomacy.

A nation's flag is the symbol, the representative, the soul of the nation, and because of that, patriotic citizens respect and honor their flag. And in some instances, they will even die for their nation's flag. To desecrate that flag would be unthinkable. 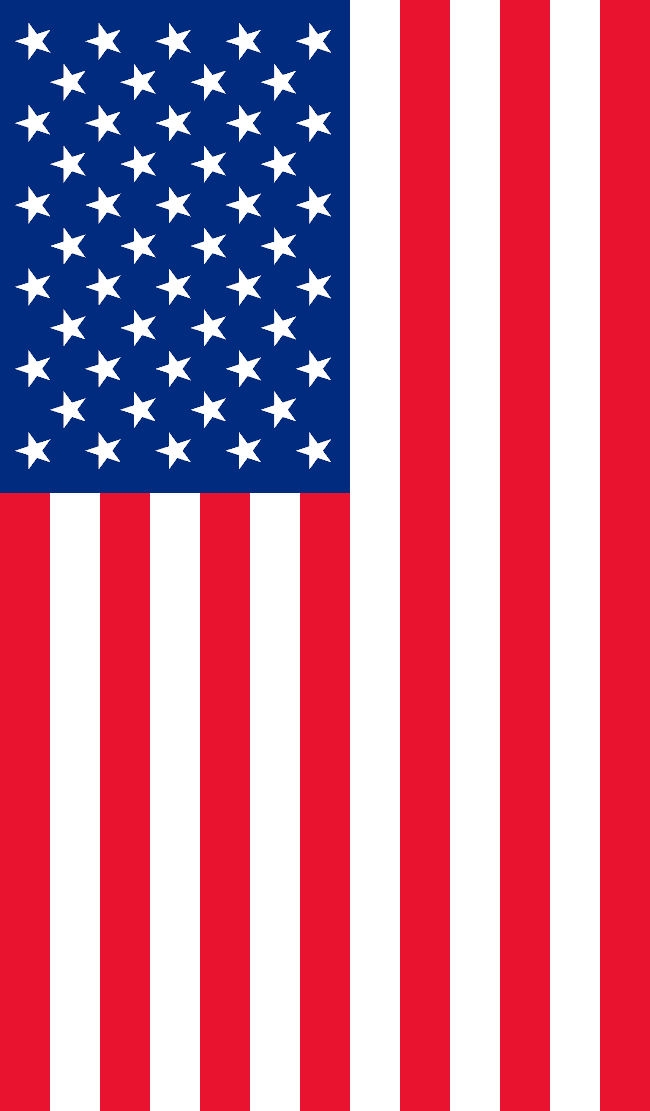 Proper way to display flag vertically ~ from audience point of view,
the blue union of stars is to be in left, top corner

But what explains why there seldom are any consequences for acts of desecration of the flag? A person who places our national symbol on the ground and tramples on it might be arrested for some other statutory infraction, such as failure to obtain a permit to demonstrate, but might not be arrested for the specific action of the desecration of the flag. The reason is because the penalties and punishments for infractions are left to each state’s interpretation. And in some cases, law enforcement officials might be hesitant to arrest offenders if they are not sure of the laws governing the handling and display of the flag.

On 14 and 15 June 1923, [the 14th being celebrated as Flag Day], representatives of sixty-eight groups, including the Army and Navy met at Washington, D.C., in what was called the National Flag Conference. Prior to that meeting both the Army and the Navy had developed and followed their own guidelines on the display of the flag of the United States of America. In the following year, during the Flag Day Conference, a few changes were made to the guidelines. But the guidelines adopted in 1923 and modified in 1924 were simply that: guidelines. As part of the United States Code, the guidelines regarding the handling and display of the flag provided those who wanted to show the flag its proper respect how to do so.

It should be noted that the President of the United States of America has the power to modify or alter the existing United States Code in regard to the flag and/or to repeal any part of the current Code or add to it. 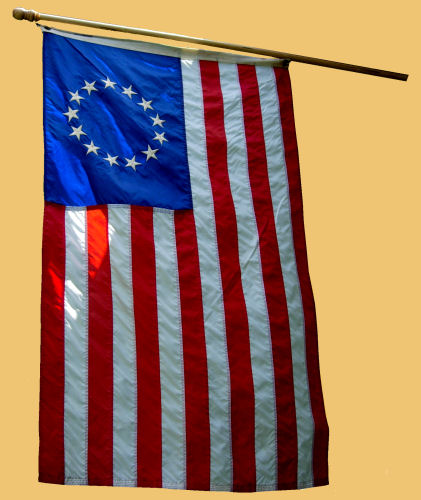 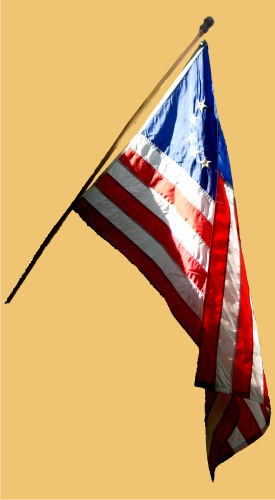 Despite the passage of Public Law 77~623 (and its various amendments), the United States Code does not provide the guidelines to impose penalty for infractions of the law. On the national level, the Flag Protection Act of 1989 was passed on 28 October 1989 and imposed a fine and/or up to one year in prison for knowingly desecrating the United States Flag, but on 11 June 1990 that Act was reversed by the Supreme Court. Thusly, at the present time, the only penalties for the desecration of the flag are those defined and imposed by each state, in each state’s flag laws.

As was already noted, the wording of the laws regarding flag handling and display was basically copied verbatim, in some instances, from the portion of the United States Code pertaining to the flag. So for comparison, the Code is transcribed here.

The United States Code is divided into 54 ‘Titles’ which, in turn, are divided into any number of ‘Sections.’ Two of the Titles pertain to the handling and display of the flag of the United States of America. Title 4 deals with the ‘Flag And Seal’ in addition to the ‘Seat Of Government, And The States.’ Title 36 deals with ‘Patriotic And National Observances, Ceremonies, And Organizations.’

The United States Code is available online by the Government Printing Office at http://www.gpo.gov/.

The text of Title 36 follows. [Note that only the primary text relevant to the handling and display of the flag is included here. The amendments, section referrals, references in text, etc., may be found in the online transcription.]

The text of Title 4 follows. [Note that only the primary text relevant to the flag is included here. The amendments, section referrals, references in text, etc., may be found in the online transcription.]

~ Note ~ The images on these pages were created by Larry D. Smith. 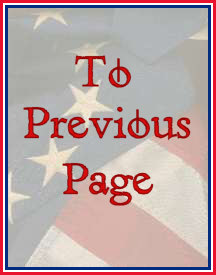