Maps Revealing The Formation
Of The Townships
Of Bedford County

This page includes maps showing the townships that were formed within Bedford County during the Colonial and American Revolutionary War periods (i.e. 1754 ~ 1783).

Townships tended to be formed within counties as they were needed. In other words, as the number of residents increased, the need to divide the township in two also increased. The division lines tended to follow along the summits of mountains or the centers of rivers and creeks. The result was that the new township(s) tended to encompass groupings of residents who resided in a single hollow or valley. Ultimately, the purpose of the formation of a new township out of a larger one was not so much for the benefit of the residents, but rather for the benefit of the tax collectors. They had to travel up and down the valleys to collect the taxes, and smaller geographic regions were easier to manage by the tax collectors. 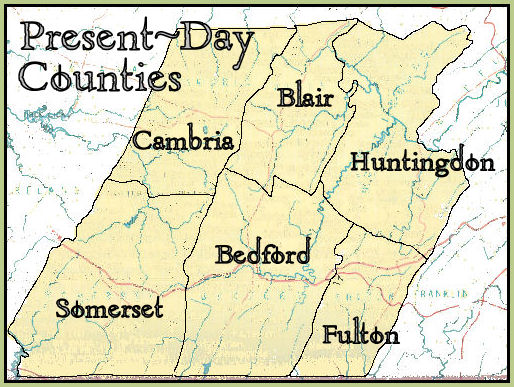 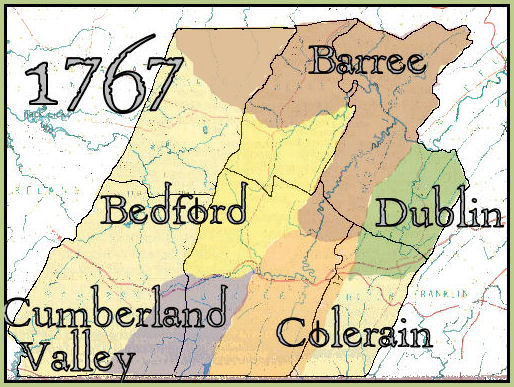 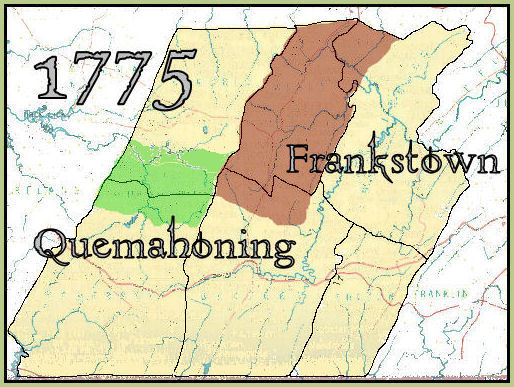