The Holidays Celebrated In Colonial America

The celebration of the arrival of the new year has existed throughout all times and in all countries. Each culture has its own particular day that is celebrated as the start of a new year. The holiday celebrated by most of the people living during the Colonial Period in the North American colonies took place (according to the Julian Calendar) on the evening of 24 March until the year 1752 and then, beginning in that year and continuing thereafter, it has taken place on the evening of 31 December (the last day on the Gregorian calendar), stretching over into the wee hours of 01 January. (Note: The Jewish settlers would have celebrated their 'new year' in the holiday of Rosh Hashanah.)

The one custom that has, over the years, been associated with the New Years Eve celebration is the embracing and kissing of loved ones.

In the Colonial Period, New Years Eve was a time for young ladies to get together, prepare a large bowl of wassail and carry it from house to house, sharing the warm drink with their neighbors, and receiving small gifts in return. This was called "wassailing".

Wassail is the name of a heated, spiced ale. The name comes from the Middle English, waes and haeil, meaning "health to you". The drink consisted of mulled (i.e. heated) cider or ale, with sugar, ginger, cinnamon and other spices mixed in. Pieces of toast would be floated on the top of the bowl.

The wassail was also known by the name of Lamb's Wool. (Note: See the page on Lughnasadh or Lammas for "Lammas Wool".)

John Selden, an English jurist (scholar of English law and constitution), was a prolific writer, who was published during and after his lifetime. One of his books, published in 1689 some thirty five years after Selden's death in 1654, was titled Table Talk. In it, Selden noted: I see a custome in some parts among us: I mean the yearly Was-haile in the country on the vigil of the new yeare, which I conjecture was a usuall ceremony among the Saxons before Hengist, as a note of health-wishing (and so perhaps you might make it Wish-heil), which was exprest among other nations in that form of drinking to the health of their mistresses and friends.

There was also a custom called "Apple-howling" in which a group of celebrants on New Years Eve would take the wassail bowl and go into any nearby orchard. They would encircle a certain tree and, while rapping the tree with sticks, chant the following verses:

It was customary among the Scots for children to go about from house to house on New Year's Eve begging for bread and cheese, which was called nog money.

During the Colonial Period it was customary to give small gifts on New Years Day. It was believed that the ending of the previous year was to be celebrated with drinking and socializing with loved ones and friends, and that the starting of the new year should be celebrated with the giving and receiving of gifts. In 1598 Bishop Hall, in his Satires, noted that the usual New Year's gift should be a capon. Another gift that was commonly given was an orange with cloves stuck in it. A ribbon would be tied around a fresh orange, and then the entire exposed surface would be covered with whole cloves and then dusted in cinnamon.

A book published in Latin by Thomas Naogeorgus (variously, Kirchmeyer), The Popish Kingdom or Reigne of Antichrist was translated into English by Barnabe Googe and printed in London in 1570. In that book, Naogeorgus presented the verses:

The next to this is New Yeare's Day, whereon to every frende
They costly presents in do bring, and Newe Yeare's Giftes do sende.
These giftes the husband gives his wife, and father eke the childe,
And maister on his men bestowes the like with favour milde;
And good beginning of the yeare they wishe and wishe againe,
According to the auncient guise of heathen people vaine.
These eight days no man doth require his dettes of any man.
Their tables do they furnish out with all the meate they can:
With marchpaynes tartes, and custards great, they drink with staring eyes,
They rowte and revell, feede and feaste, as merry all as pyes:
As if they should at th' entrance of this New Yeare hap to die,
Yet would they have their bellies full, and auncient friends allie.

There are a few superstitions associated with New Years, one of which is related to the weather. It was believed that if New Year's Day opened with red skies, that the following year would be one of many strifes and debates between people, and that robberies would be quite common.

Another superstition involved opening a Bible at random. Before eating breakfast, people would take turns opening a Bible completely at random. Then a verse would be pointed to on the two open pages, again at random. The verse that was thus randomly chosen was believed to foreshadow the events of the following year for the participant.

During the Colonial Period, at a time when houses were heated and lit by open fires, it was believed that if anyone took fire from your house, one of your family members would die before the year was finished.

It was considered bad luck for the first visitor of the day to be a woman.

Bad luck was also feared if anything was thrown out of a house. In the day and age before modern plumbing, women would throw dirty water out the door, and ashes that accumulated in the fierplace needed to be removed. But because the removal of anything portended bad luck, families were very cautious about their actions on New Years Day.

A traditional food that was eaten on New Years Eve, introduced by the Germans and Swiss settlers who came to the colony of Pennsylvania, was sauerkraut. Made of cabbage that has been fermented through the process of pickling by lactobacilli, sauerkraut derives its name from the German words for "sour" and "cabbage". Sauerkraut is traditionally cooked with sausage, kielbassa or other pork meats.

A treat that came from the Dutch colony of New Amsterdam (later New York) was called nieuwjaarskoeken or knieperties. This was a crisp cinnamon flavored wafer that was topped with whipped cream. The wafers were heated in special 'wafer irons' that imparted a design on both sides of the cake.

Throughout the southern colonies, a favorite food was called "Hoppin' John and greens". This dish consisted of black-eyed peas mixed with rice, onion and fried bacon slices. Some families would substitute ham for the bacon. The "greens" refered to the leaves and stems of either mustard, collard or turnip. When the dish was kept as leftovers to be eaten on the day after New Years Day, its name was changed to "Skippin' Jenny". 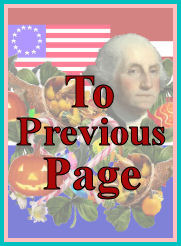 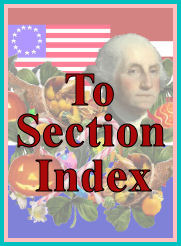 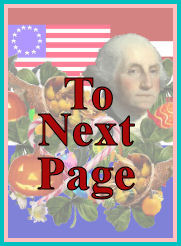