The Coming Of
The Euro-Americans

While this region that would become Bedford County in 1771 was still part of Cumberland County, it was divided into a number of townships. The increasing numbers of Euro-Americans who were moving into this region to homestead in the hills and valleys of the Appalachians, created a need for more, smaller jurisdictional areas.

The distance a resident had to travel to a county seat dictated the need for the erection of a new county out of an already established one. As the frontier townships were created, and the boundaries of the settlements moved farther away from the county seat (which was probably in the center of the county previously), the need to divide the county in two became necessary.

When Cumberland County was erected out of Lancaster in 1750, it consisted of two townships: Pennsboro and Hopewell, both of which had been formed in 1735. Between that year and 1754, there was some expansion of Euro-American settlements to the west; it was necessary to form a new township, which was named Ayr.

The ending of the open conflict between France and England in 1763, and the greater ease of moving farther westward by way of the road that Forbes constructed in his expedition against Fort Pitt were the two greatest factors in the increase in settlement in this part of the Pennsylvania frontier.

By the year 1767, the number of settlers in the western part of Cumberland County necessitated the formation of five new townships. They were named: Barree, Bedford, Colerain, Cumberland (Valley) and Dublin. In terms of the regions that each of the new townships covered in relation to the present-day counties, Dublin encompassed the northeast corner of the Fulton County and stretched northward to encompasss the eastern third of Huntingdon. Ayr Township occupied the southeastern part of Fulton County. Colerain encompassed the western side of Fulton County and nearly the whole eastern half of Bedford County. Cumberland (Valley) occupied the southwest corner of Bedford County. Bedford encompassed the western half of Bedford County and the southern half of Blair County. The northern half of Blair and the western two-thirds of Huntingdon County was occupied by Barree Township.

The region west of the Allegheny Mountain range became part of Bedford County when it was erected out of Cumberland in 1771. At that time the township of Brothers Valley was formed. It encompassed the entire of present-day Somerset County and the southern part of Cambria County.

The following transcripts of the tax assessment returns for the original townships of Bedford County are the earliest available for each particular township. It should be noted that certain known non-residents, who simply speculated in land (e.g. Wharton, Boynton & Company or Israel Pemberton) are listed, therefore be cautioned that not every individual listed would necessarily have physically been residing here. It should also be noted that certain of the names include notations of the number of horses (h) and cows (c) the resident owned. This would be an indication that the individual listed was in fact residing in this region.

(Note: This listing includes only those settlers known to have been residing in the vicinity of Turkey-Foot in 1768. They were forbidden by the Proprietaries of the Colony of Pennsylvania to reside on the lands not yet purchased from the Indians. This list was made by the commissioners sent to expel them from the region in March-April, 1768.) 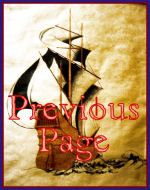 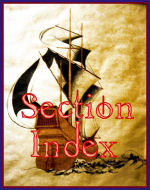