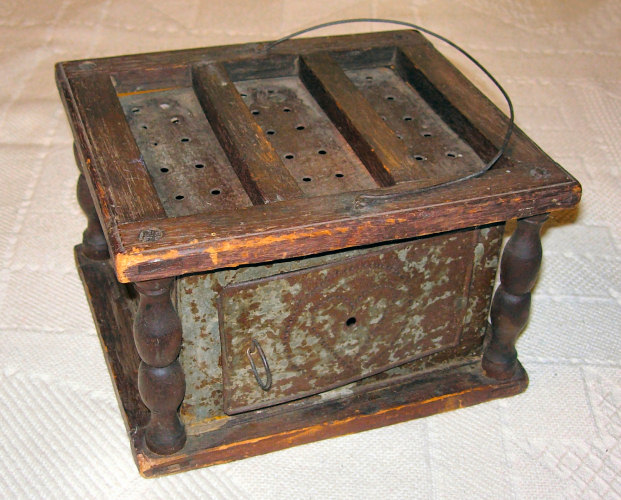 The "cold feet" to which I am referring in the title of this post implies being cautious or afraid to do something. But this post is going to be about the physical condition of having feet that are actually cold because of low temperatures.

If I have cold feet today, I can put on an extra pair of regular socks (or maybe a first pair), or I can put on thermal socks that have a source of power to heat up. I can also simply turn the heat up in my house or car ~ because if my feet are cold, the rest of my body might also already be, or soon will be getting, cold.

But during the centuries before the Industrial Age, when cars and houses became heated by battery or electricity operated heaters, most people's houses were heated by fireplaces or cast-iron stoves that were fueled by wood or coal (or perhaps peat). Their horse-drawn carriages had no built-in heaters of any sort. So while the people inside a house could put their feet closer to the fireplace, or even rest them on the stove, the riders of horse-drawn carriages had to resort to other means. (It's no secret that the structure of most carriages did not include fireplaces or cast-iron stoves.) 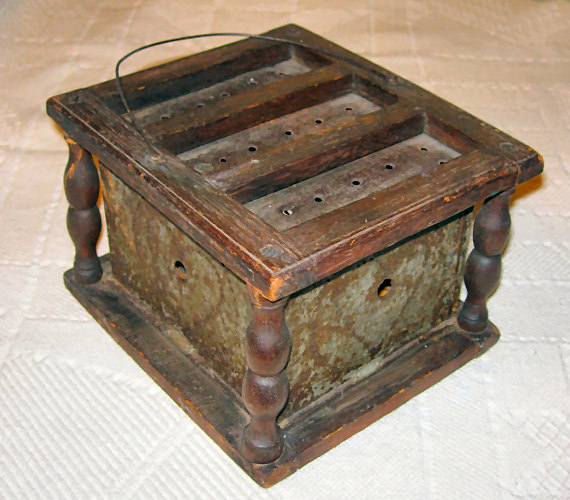 The item shown at the top of this post is what was known, variously, as a foot-warmer or foot-stove. In fact, before the cast-iron house stove was invented, the foot-warmer, in its Dutch form, was called a stoof, from which the English word stove was derived. As the other photos show, the foot-warmer was constructed of a tin box held in a wooden frame. The sides of the tin box were pierced with holes in a design ~ in this example, of a heart within a circle. The holes were not just for design purposes, but rather they provided multiple points to permit heat to radiate outward from the center of the box. The box had one little door which gave access to the center of the box, and through which a small scoop or tray could be inserted (to add hot coals) or removed (to discard the spent ashes). A wire handle on the top of the foot-warmer made it easy to carry. 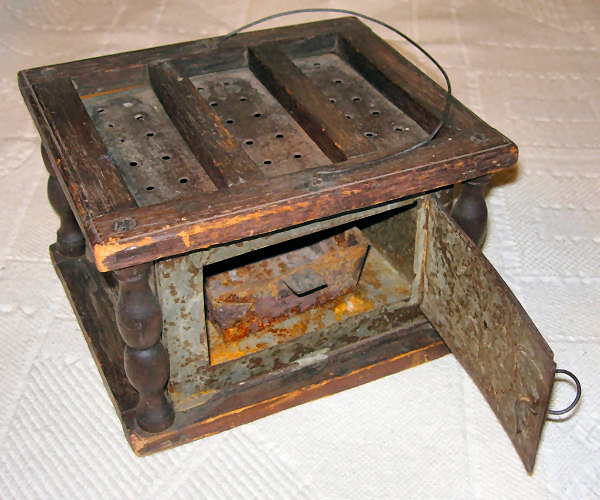 The user would scoop up some hot coals from the fireplace or pull them out of the stove, using fireplace tongs or shovel. The hot coals would then be placed in the scoop/tray, and then into the foot-warmer. The foot-warmer's door would be closed and fastened (in this example by a small loop of wire that was bent to catch on the inside edge of the box). The user would then lift the box by the wire handle and carry it to the carriage. The foot-warmer would normally be set on the floor of the carriage in front of the seat, the riders would take their places on the seat with their legs and feet on either side of the foot-warmer, and then they would spread a blanket over their laps. A male rider would often gallantly permit his female riding companion to place her feet onto the top of the foot-warmer if she wished. The blanket would trap the heat radiating from the foot-warmer, thereby heating not only the riders' feet, but their whole legs. The type of blanket that was usually employed for use on a carriage was what was called a horse-hair blanket. It was called that whether it was constructed from horse hair or not. The horse-hair blanket tended to be a quilt that was filled with sawdust or hay, which added to it extra insulating properties. When the riders arrived to their destination, such as the church or meeting-house, the foot-warmer would be carried along for continued use. 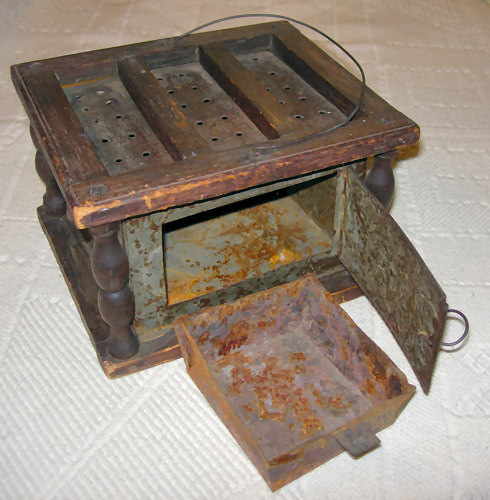 Foot-warmers were used more by women than by men, perhaps because men tended to wear heavy leather boots as compared to women who tended to wear cloth or thinner, patent leather shoes. 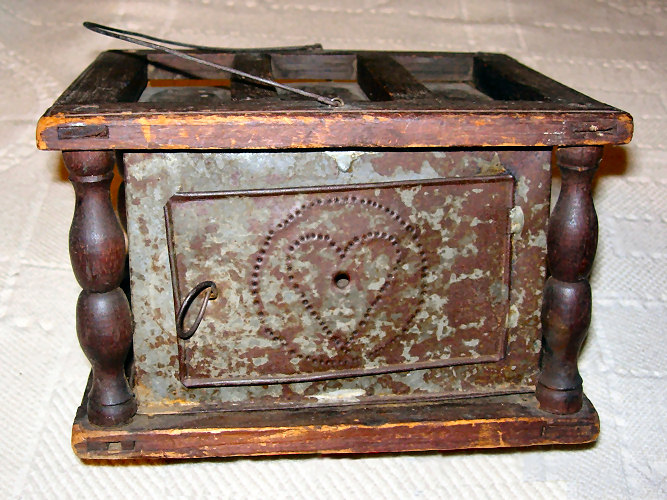 Children also crowded around the foot-warmer to warm not only their feet and toes, but also their hands and fingers. In fact, the children often were granted the 'privilege' of loading and emptying, and carrying the foot-warmer. 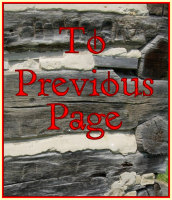 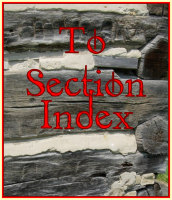 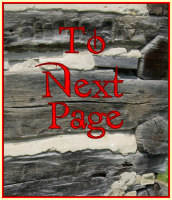