The Rooms We Lost
~ The Cockloft

Because of the height of the garret, some homeowners would build a partial (or whole) ceiling over it, and the small, but now topmost, space created by the garret's ceiling was called the cockloft. The cockloft was seldom large enough for any use, and resembled the topmost space in most modern houses. It might seem pointless to create a cockloft if it could not be utilized. The reason was primarily to conserve some heat in the old houses, which tended to be drafty and cold.

In the diagram below, the cockloft is indicated in red. 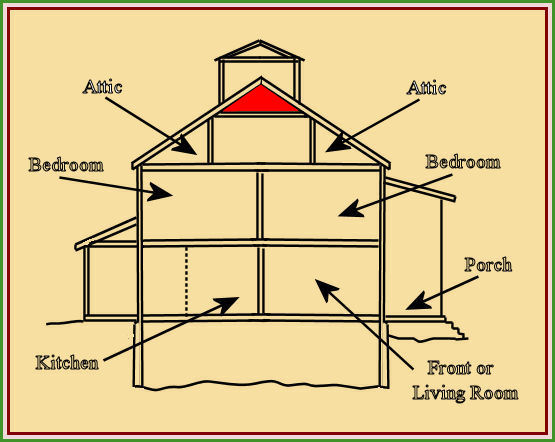